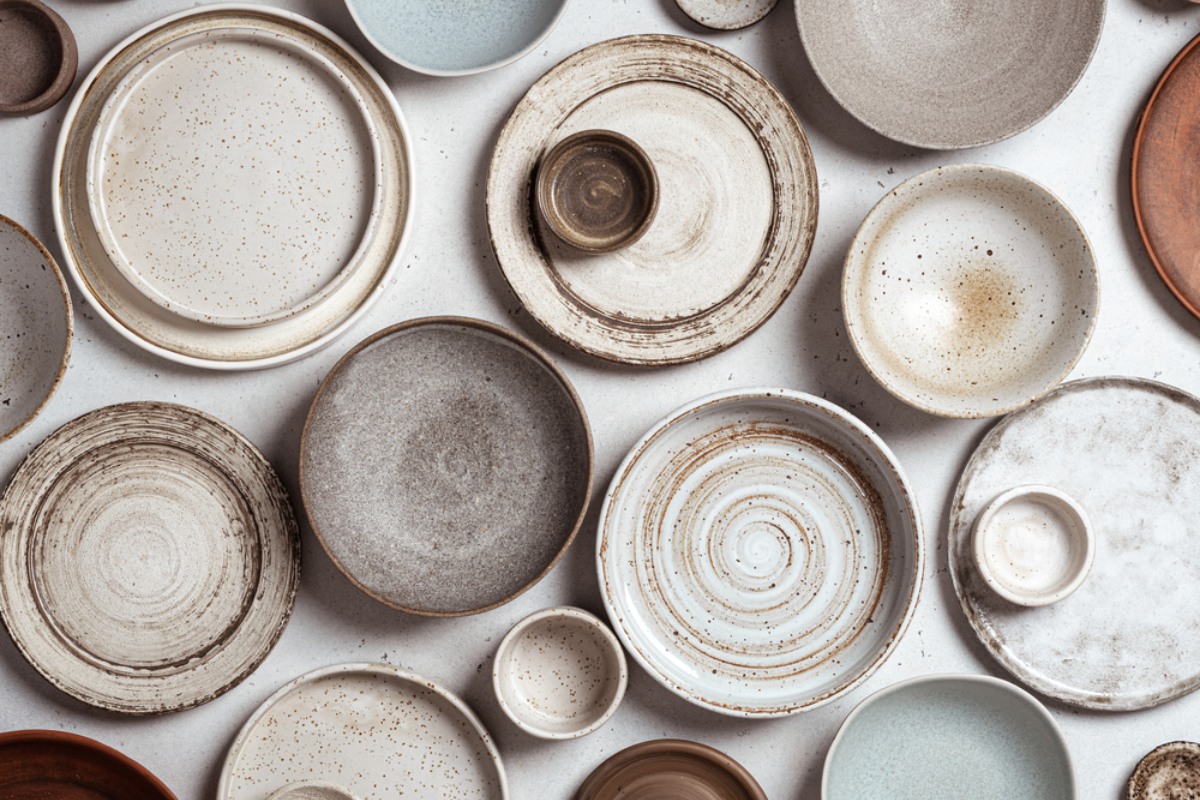 When it comes to reheating food, most people either use an oven on a low heat or a microwave depending on the situation and the food they want to reheat. For ease, many people place the food on a plate for the reheating process.

However, is this the right thing to do, or are plates at risk of shattering in an oven? Today, we’ll be answering that question by looking at the different variables that come into play.

Can you put a plate in the oven?

Putting plates in an oven isn’t a simple riddle to solve due to the fact that there are so many different types of plate. For example, a plastic plate is going to perform differently to a glass one. Let’s run through the main type of plates and examine whether they should or shouldn’t be placed in an oven.

Plastic plates are popular in most households, especially in ones with young children. They offer protection against cuts and also don’t smash. Sometimes, these plates can be bought in a batch for single-use only, however, you can also buy reusable plastic plates which can be washed as normal.

While they are cheap and useful, these plates should never be placed inside an oven regardless of the circumstances. Plastic has a very low melting point which an oven will exploit meaning you are going to be left with no plate at all shortly after placing it into the oven.

However, that is the least of your concerns. Melted plastic contains toxins that can pose serious issues to your respiratory system. So, not only are you going to be left with a melted plate but you and your loved ones may also end up seriously ill.

Most plates in the world are made from ceramic materials including bone china and porcelain. These materials are also used for other kitchen equipment such as bowls and dishes. They are popular because they are easy to clean, non-sticky, prevent burning and can be used alongside hot and cold food.

Ceramic plates can be placed in an oven providing the temperature is relatively low. If you use a high temperature then you do run the risk of them cracking under the pressure of the heat.

Additionally, if you have any adhesive branding or design on your plates then you are running the risk of them being peeled off while in an oven due to the heat. Ceramic plates will also be extremely hot after being in an oven, more so than baking trays and pans. Therefore, consider doubling up on oven gloves and tea towels when it comes to taking the plate out.

Metal is usually used for large serving plates. They are strong, and durable and often look better than plastic and ceramic ones. The most common type of metal used for plates is stainless steel.

The first thing to consider, before you think about temperatures, is whether a metal plate can even fit inside an oven. Given that they are usually bigger than standard plates, you may struggle to fit one inside an oven if you don’t have a particularly big one.

If size isn’t an issue then you can start thinking about how metal interacts with heat. Stainless steel, and most other metals, are perfectly fine to be placed in an oven as they can withstand extreme temperatures without losing their shape or melting. As expected, though, they become extremely hot so take care when removing a metal plate from the oven.

Glass plates are very rarely seen in modern times, however, some households do still have glass dishes. These dishes may look like they belong in the 1960s but some people still like them.

Glass plates and dishes should not be used in an oven because the heat can become too much for them. Scientifically, this is what’s known as “thermal shock” and can cause glass to crack, break or completely shatter.

Therefore if you want to avoid shards of glass spreading all over your oven and potentially getting into other meals you cook, we’d recommend that you avoid putting glass dishes and plates in there.

Other factors to consider

While the plate material is the most important factor to consider when it comes to deciding whether to put a plate in an oven or not, there are some other things that you should double-check before doing it.

The first thing to check is the packaging that plates come in when you buy them. If you still have these to hand then the vast majority of them will have information on them which detail whether they are oven-proof or not. While most ceramic and metal plates will be fine, you may have picked up a collection that aren’t oven-safe for whatever reason so it’s something that is absolutely worth checking.

Secondly, you should give your plate a thorough inspection before putting it in the oven, regardless of the material it is made from. If the plate has any cracks, no matter how big or small, then placing them in the oven is going to end in disaster. Intense heat will result in these cracks expanding and causing your entire plate to break.

To conclude, most plates will come in packaging that will be able to inform you if they are oven safe or not. If they don’t, then a good rule to follow is to avoid using plastic, glass, and damaged plates in ovens entirely but to be comfortable using ceramic and metal ones.

If you do end up using these plates in ovens, then make sure to take care at all times to avoid burning yourself.