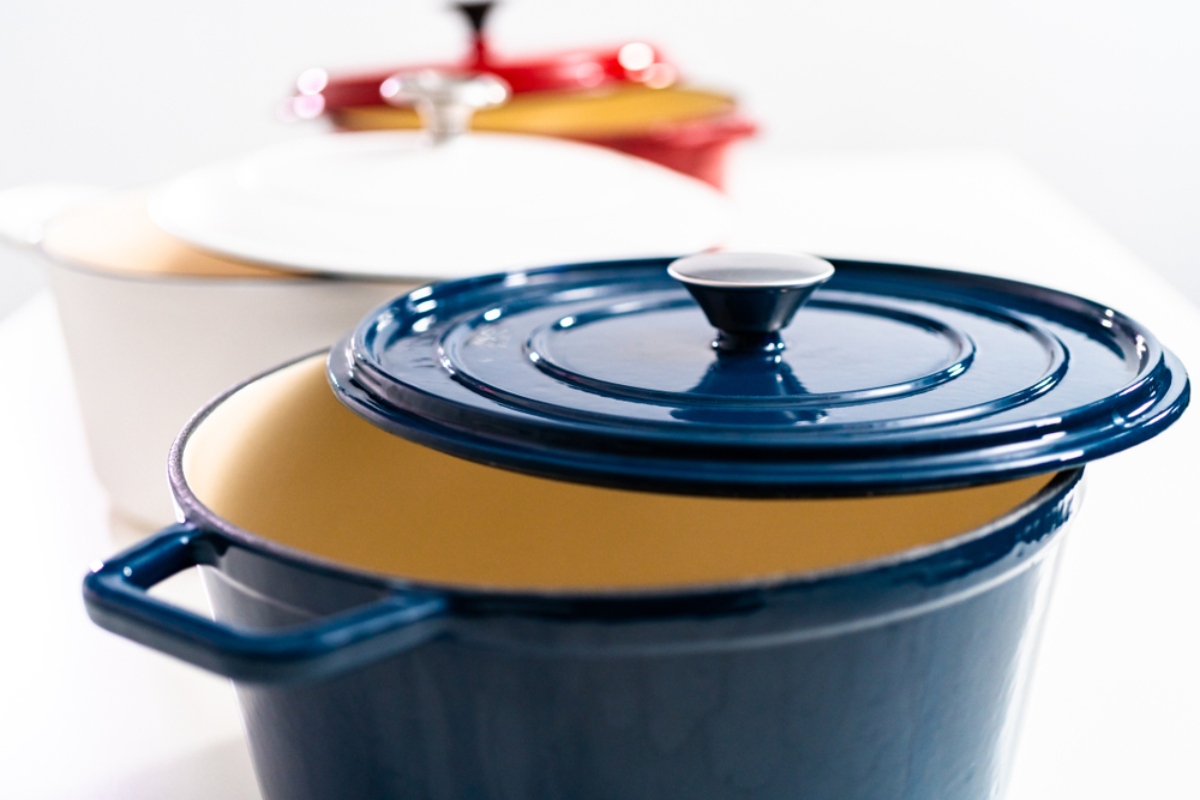 Dutch ovens are a popular kitchen utensil for cooking stews, meats, vegetables, and soups. They are most commonly used on top of kitchen stoves where they can be left to simmer away for slow-cooked, tender results.

Despite them being widely used on stoves, many people also wonder whether they are suitable for oven cooking as well. The idea of putting an ‘oven’ into a conventional oven may seem odd, but is it even possible? Today, we’ll be answering this question while also running through some general tips for getting the most out of your dutch oven.

Can you put a dutch oven in the oven? The simple answer

The good news is that you can put a dutch oven in the oven. These cooking aids are built to withstand high temperatures and are often placed in ovens by chefs to finish off the cooking process after they’ve simmered on a stove.

There are two main types of dutch ovens. One is made purely out of cast iron and the other is made with a protective enamel coating. Both types are perfectly safe to be placed in an oven, provided you use oven gloves when moving your dutch oven in and out of it.

The cooking advantage of a dutch oven

Putting a dutch oven in the oven is a great way to cook meats, vegetables, soups, broths, or anything else that you typically cook in your dutch oven. Enameled dutch ovens have thick walls, which make them perfect for absorbing and withstanding the high temperatures of an oven.

Cast iron dutch ovens are typically weightier than enameled ones but they are also oven-safe. Both these types of dutch ovens are going to work well in an oven because they can absorb the heat of an oven from all angles. This is opposed to when they are used on a stove where they only receive heat from the bottom.

Why you should stick to just using it on the stove

There are some very rare instances where a dutch oven might not be suitable for oven cooking.

One of these instances is if you have bought an oversized dutch oven. If this is the case then it may not actually fit in your oven. You can try removing some of your oven racks to wedge it in but if it isn’t an easy fit then you’re probably best to keep it on the stove.

Another instance is if you are using a damaged dutch oven that you have owned for many years. It’s only natural that certain items become damaged over time but if there are any cracks or heavy scratches on your dutch oven then avoid putting it in an oven. If you do, then you run the risk of it exploding everywhere mid-cook.

Is the dutch oven lid safe to put in the oven?

While the lid itself is built to withstand the same temperatures as the main dish, most dutch ovens come with a plastic knob that sits on top of the lid. This knob is there to make handling the lid easier for you when your cooking instructions want you to chop and change between having the lid on or off.

This plastic knob can’t withstand the same temperatures as cast iron. While we would recommend that you read your manufacturer’s instructions for a definitive guide, the generally accepted temperature of these plastic knobs is no more than 200 degrees Celsius.

Therefore, if you want to use your dutch oven at high temperatures than 200 degrees then you are going to need to do one of the following things:

How to use a dutch oven in an oven

To safely, securely, and properly use a dutch oven alongside your normal oven, then there are certain steps that you need to take. Of course, some of these steps will vary depending on the recipe at hand, but the following information is good practice to follow in the majority of cases.

To conclude, dutch ovens are perfectly fine to be placed in a normal oven providing they fit and aren’t damaged. The heat of your oven is going to provide the food within your dutch oven with a well-rounded, evenly-distributed cook and will leave you with a scrumptious dinner full of flavor and moisture.